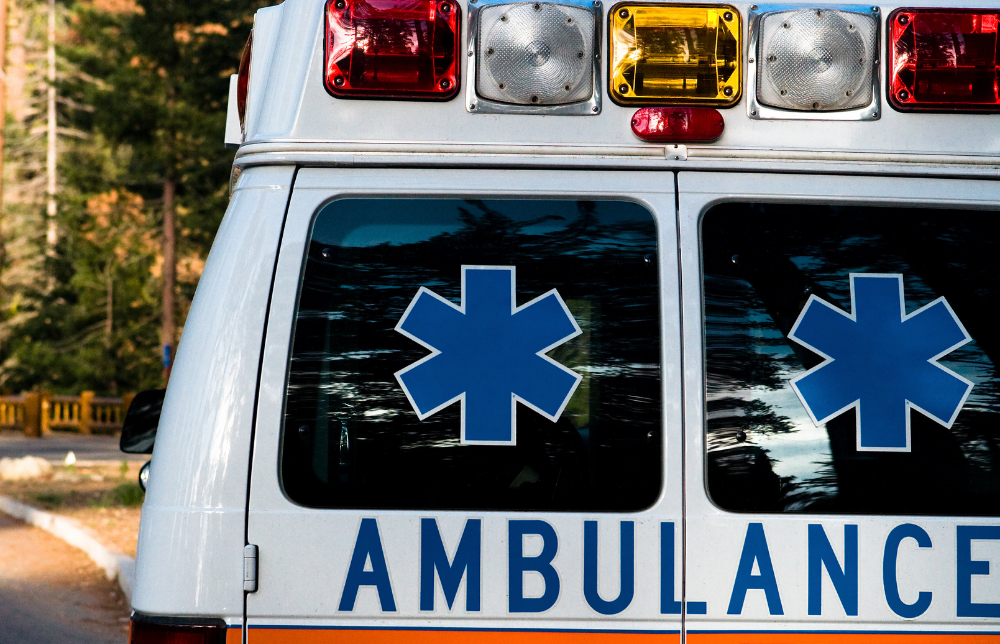 A Fact That Hits Close To Home: Most Emergency Medical Transport Happens At Home

Late in 2020, Robert Gordon was considering the changes he would make to his insurance policies for the new year. Although he had always enjoyed good health and his latest physical came back with results that pleased his doctor, there was one benefit he was determined to add. “There were two things I always thought regarding emergency medical transport,” he says, “One was that it was covered by insurance. And the other is that I would only need it if I were travelling.”

What made Robert realize his impressions were mistaken on both counts was when his next-door neighbor fell from a step stool and broke her arm. “Her husband heard the crash, saw what happened, and immediately called for an ambulance to take her to the emergency room. I also looked it up and learned that 90% of emergencies occur at or within five miles of home.”

Five hours later, she left the hospital with a cast on her arm and more than $10,000 in emergency medical transport charges. “We all had thought that Medicare would cover the price of an ambulance ride, which was less than five miles. We were wrong.”

Robert’s neighbors learned the hard way that their insurance only covers part of an ambulance ride. Then they learned the details of the expenses: that emergency medical transport fees start with a charge for the initial pick-up. With ground transport, this can vary from approximately $500 to $1,000. Couple that with a per-mile charge between $10-$30, and the cost of transport rises fast.

Luckily, Robert’s neighbor didn’t require an airlift, where the initial pick-up fee can start at tens of thousands of dollars and the per-mile fee easily can run into the hundreds each mile. All told, an emergency airlift can cost as much as $50,000. Still, Robert’s neighbors suddenly owed thousands of dollars – and that was only to get to the hospital.

Robert did his research and decided to protect his savings with a membership in Medical Air Services Association or MASA. “Now I can worry a little less, whether I’m near home or traveling.”

Give yourself the reassurance of knowing your protected.

Are Your Teeth Going “Grrr!” When You’re Going “Zzz”?

For many of us, the news comes during a routine dental check-up. “I see you grind your teeth,” your dentist might


Think the E.R. Is Expensive? You Should See the Price of Getting to It.

When most people think of the price of emergency medical care, they think of the costs incurred once they’re at the


Small Movements in the Mouth Can Add Up: How to Protect Yourself From Shifting Teeth

Though you can’t see it happening, your teeth are always on the move. Teeth continue to shift throughout our lives. This

A Revolution in Eyecare: Seeing the Future of Reversing Glaucoma

Last month, we shared an article about the dangers of glaucoma, a leading cause of blindness, and steps you can take to prevent