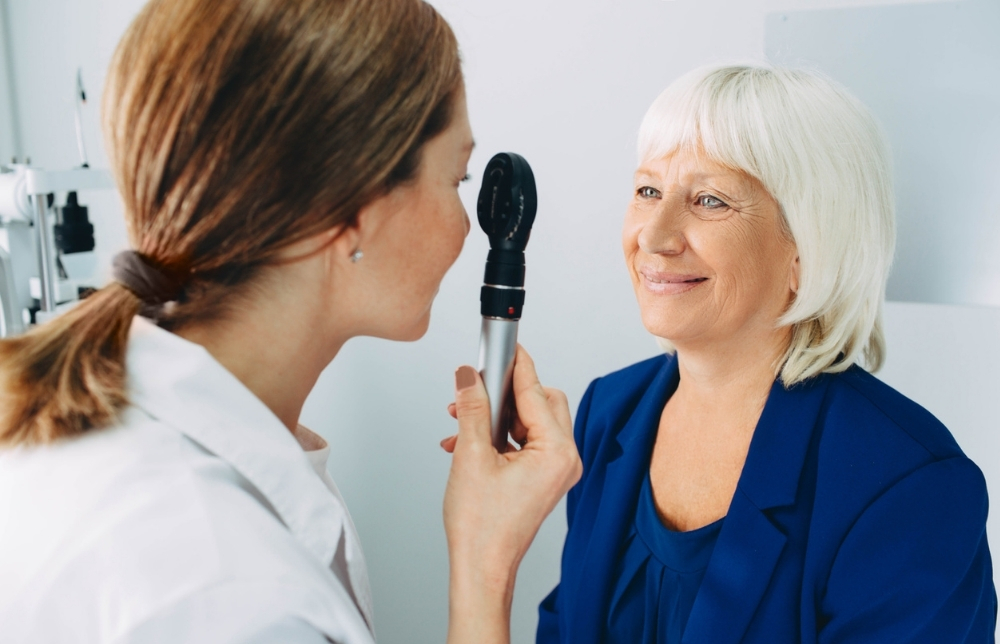 This Alzheimer’s and Brain Awareness Month, Remember to Get Your Eyes Checked

They say the eyes are the window to the soul, but they can also reveal important clues about your brain’s health and reveal if you’re at risk for various forms of dementia, including Alzheimer’s disease.

Alzheimer’s disease is a degenerative neural disease that kills cells and damages connections between neurons. Common symptoms include memory loss, difficulty thinking, disorientation, and other issues.

Other potential symptoms include vision problems such as decreased peripheral vision, trouble with spatial relationships and issues with depth perception.

Eye exams are an excellent, non-invasive look inside the body, providing an opportunity to detect many of today’s most feared health conditions, often long before symptoms appear. When eye doctors perform an exam, they test for more than visual acuity and eye movement. They also check eye pressure, and the health of your retina and optic nerve. In doing so, an ophthalmologist or optometrist can see characteristic signs of damage to the retinal blood vessels that reflect system-wide abnormalities affecting the brain, heart, and more.

Did you know that the optic nerve and retina are actually brain tissue that extends outside the brain?  Alzheimer’s disease and dementia, which are caused by damage to brain cells, both appear to have effects on the retina. That link is what fueled a study that found that seniors with visual impairment were up to 2.8 times more likely to have cognitive dysfunction, including Alzheimer’s disease.

For example, the study showed that people age 65 or older who have macular degeneration, glaucoma, or diabetic retinopathy are 40-50% more likely to be diagnosed with Alzheimer’s disease than people without these conditions. All three of these conditions are degenerative — meaning they get worse over time. And all three are more common as people age. While the research did not show cause and effect, it did show there is a connection.

These studies highlight how eyes are connected to the rest of the body, including the brain. It’s another example that routine eye exams are more than just tests to see if it’s time to change the prescription on your glasses, but essential insights into your overall health. Keep your eyes – and potentially your brain – healthy with a Vision Plan from INRTA and AMBA. Learn more here or call 866-979-0497.

Make Every Adventure Affordable With Discounts From AMBA Passport

AMBA Passport has been reimagined to include new and enhanced benefits. It has exclusive savings at over 2,500 merchants,


When Should I Call an Ambulance?

There’s a good chance that at some point you or someone close to you will have a medical emergency. Times like these can


Don’t Take the Risk: Why A Medicare Supplement Plan Is Important

What’s the riskiest thing you’ve ever done? Maybe you got up to crazy antics when you were still in high school,


Helping Your Family Through the Most Difficult Time: The Importance of Whole Life Insurance

Planning for the future is always important. But there might be no more important time to prepare for than when you’re no